Back to Empuls Blogs
The Golden Rule: Importance of Respect in the Workplace 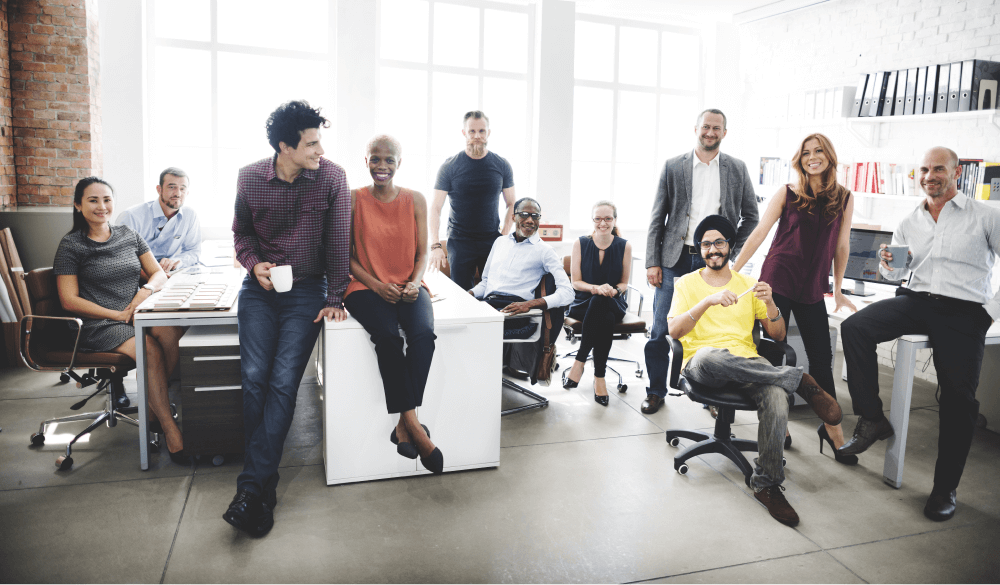 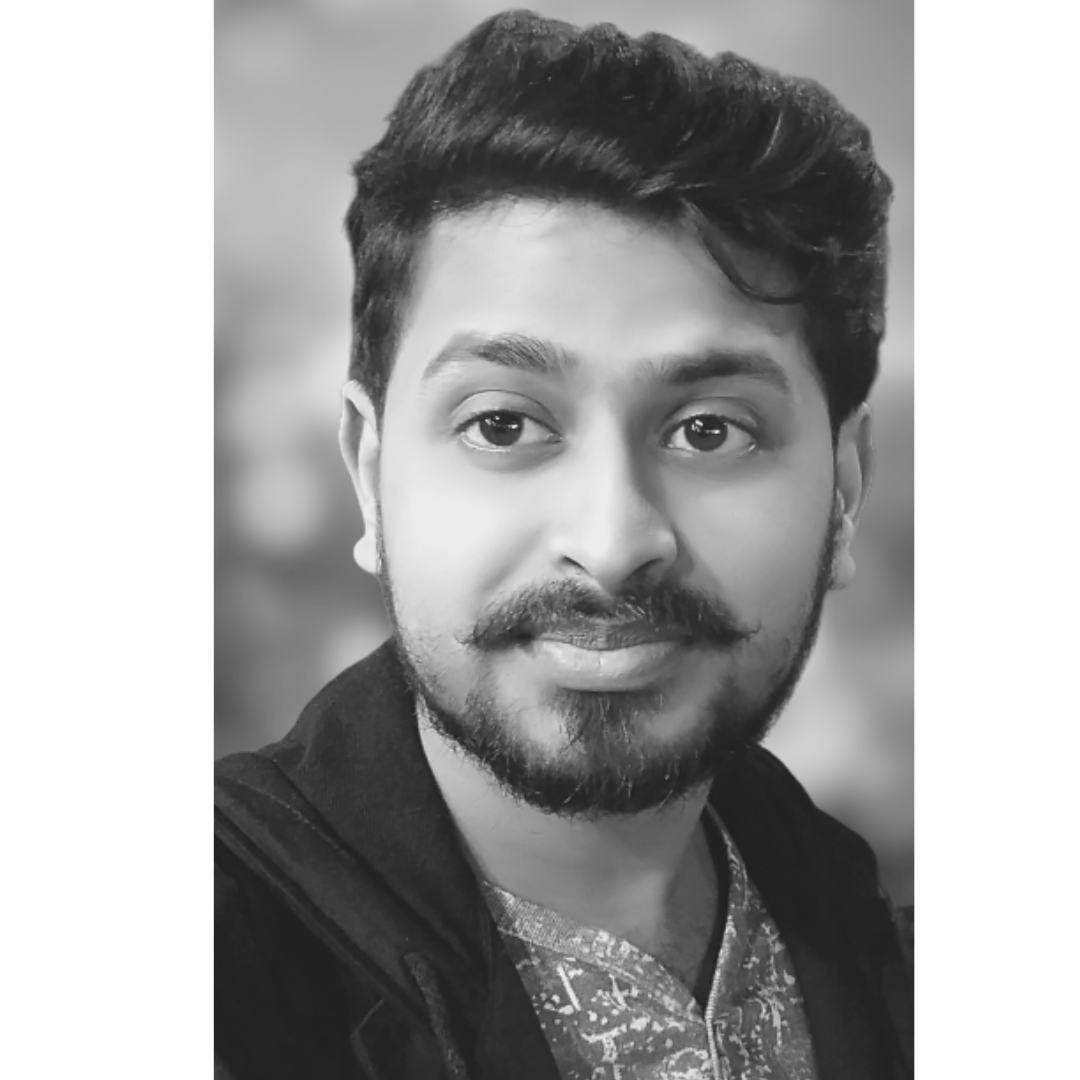 The Golden Rule: Importance of Respect in the Workplace

Before respect is earned, it has to be given. Here's why employee respect in the workplace is crucial and the causes of disrespect that shatter the workplace.

‘Whatever’ polled as the most annoying word by 34% of Americans in 2019. And the chances that you have said or maybe heard a similar annoying word in your workplace too. If it’s true, then you need to prevent the spread of this culture or be prepared to face hardships in the future. The road to employee satisfaction begins where respect at work lies. Respect isn't appreciated because it sounds good at the workplace but because it is attached to the employee’s well-being and the company’s growth. So, let’s understand what respect means first.

Meaning of Respect in the Workplace

Respect in the workplace can be defined as:

It has several meanings but has no exact definition.

“Respect is how to treat anyone, not just those you want to impress."

Employee respect in the workplace must be independent of discrimination, i.e., regardless of age, designation, gender, color, location, etc. Either CEO of the company or janitor working there, both of them deserve to be respected. However, co-workers must not take it for granted. The leaders/workers need to be professional, polite, and respectful to be treated equally in exchange.

But does it really matter, you might be asking?

To see how far a respected workplace can take you and your company, we have drawn a few important points below.

Importance of Respect in the Workplace

We don’t notice respect until it’s absent. So, what happens when it’s absent? The workers may feel uncomfortable initially, but if it gets continued, they’ll feel stressed or might leave the company. Human resource engagement statistics state that 63% of employees tend to leave within two years if they don’t feel respected. It doesn’t end here. The extensive research of 20,000 worldwide employees (conducted by Christine Porath and Tony Schwartz, and HBR) proved that the higher the employer's given respect, the more will be the employee’s engagement.

And why should you care?

Because disengaged employees cost U.S. companies up to $550 billion a year, states Forbes.

And here’s how a respectful environment can help.

A healthy work environment, where the employees’ efforts get addressed, fuels the motivation to perform best. 72% of employees rated 'respectful treatment' as a top-rated behavior for job satisfaction; in a survey conducted by the Society for Human Resource Management (SHRM).

A study, Workplace Stress: Impacts and Outcomes, by Chestnut Global Partners and SHRM, showed that disrespect is the major cause of stress among employees. However, respect can also uplift your workforce other than reducing work stress. Televerde, a B2B technology-focused marketing firm, experienced a compound annual growth rate of 8.5% in its last decades. One of the major reasons behind the success of the company (mainly staffed by female convicts, 425 out of 650) and Jim Hooker (CEO) was; He valued the imprisoned women (usually perceived as devaluing to society) by giving them an identity of Televerdians.

Steve Jobs’ success, one of the inspirations to many CEOs, is often credited to his bad behavior with others. However, there’s so much behind the curtains. Edwin Catmull (Pixar’s co-founder), who worked with Steve Jobs for 26 years, says that Jobs’  greatest success came only after he changed from insensitive and impolite to empathetic.

But, How Does a Respectful Work Environment look like?- Examples of showing respect in the workplace

People have different perspectives, and what incivility to one may be ordinary to another. Therefore, gauging respect at the workplace becomes hard for employers/supervisors and even co-workers. An unintentional disrespect becomes a habit if not addressed.

Here are examples of respect in the workplace:

Persistence and Causes of Disrespect

The Stanford Professor Bob Sutton says that disrespectful behavior is contagious. He shared one of the incidents in his memo about a project executive. The executive confessed that he became forceful and furious with his co-workers to get things done, as that’s what he saw in his seniors. Hence, resolving the root cause of disrespect is more important than just adopting respectful behavior.

Here are the common causes of disrespect in the workplace:

However, the behavior persists because of the following reasons:

How to Practice Respect in the Workplace?

Practicing respect in the workplace boils down to two major steps; prevention and adoption. Let’s learn each of them in detail.

Here are a few ways to prevent toxicity in the workplace.

I. Shut the Disrespectful Behavior Quickly

As we discussed earlier, disrespect is contagious. It spreads from person to person. Thus, addressing the behavior becomes an immediate necessity. Ignorance will only flourish disrespect and create a toxic work environment. Moreover, the actions to make such behaviors intolerable indicate the employee’s importance at the workplace. Facebook is truly committed when it comes to the prevention of disrespectful behavior. Heidi Swartz, the company’s global head of employment law, states that we train employees that if a co-worker says “no” to go on a date with you, you don’t ask him/her again. However, “I’m busy” or “I can’t that night” are also considered as clear “no.”

II. Are You the Problem?

Your behavior, being a supervisor/team leader or CEO of the company, sets the example to teams and the entire workplace. As the human brain wired, it is hard to see ourselves committing the mistakes that we find inappropriate in others. Stanford University Professor Bob Sutton shared a story of a Silicon Valley CEO and how his team made him realize his poor behavior. The CEO used to insult the supervisors in meetings by comparing them to vegetables like you’re dumber than a head of lettuce.

The team paid him back smartly. One day the CEO came to a meeting, and he found lettuce heads instead of his team members at their places. A few heads had eyes, some were smiling, and some had sunglasses. Even the CEO found a lettuce head at his place. Later, the CEO accepted that he had been hard on his team when it came to the company’s growth and revenue. Also, he became mindful of his words.

Here’s how you can welcome respectful behavior at your workplace.

A respectful workplace policy helps the employees to know the limit of tolerance in the workplace. Also, framing a workplace policy will give them a sense of rework on themselves. Draw the list of unacceptable behaviors and the guidelines (to avoid the behavior) in the policy to enforce mutual respect in the workplace. You can even outline the inviting penalties if the misbehavior persists. Here’s Facebook’s policy on dealing with harassment for a reference.

Assemble the supervisors in discussion to craft the policy. You can even consider employees’ (former or current) feedback and weave them into the company’s processes to improvise. Heather Huhman (founder and president of Come Recommended) says that employee intervention is a sign of a respected workplace policy. She suggests that an HR policy must be fluid, and the supervisor must revisit the rules to see if they still make sense.

Huhman also says that, "if everyone wants to have a specific rule (for example, no dating in the workplace), it must be implemented".

Appreciation has a profound impact, not only on the individual getting appreciation but also on the people around him. Co-workers, who witness others getting appreciation, strive to be like others or even better. That’s a huge way to encourage respectful behavior in the workplace as it also excludes the idea of taking respect for granted.

It is true that when respect is present in the workplace, very least people admire it, and so a very few companies. But its absence can produce such consequences that can lead to a decline in the company’s growth, excellent talent, employee retention rate, and more. In a nutshell, the company starts sinking. Thus, keep an eye open to identify whether respect is in the workplace and take necessary measures to maintain it.

Xoxoday Empuls is the All-In-One Solution for Employee Engagement. Improve employee productivity, performance & retention with an easy to use engagement application. Want to know more? Book a demo or start a free trial. 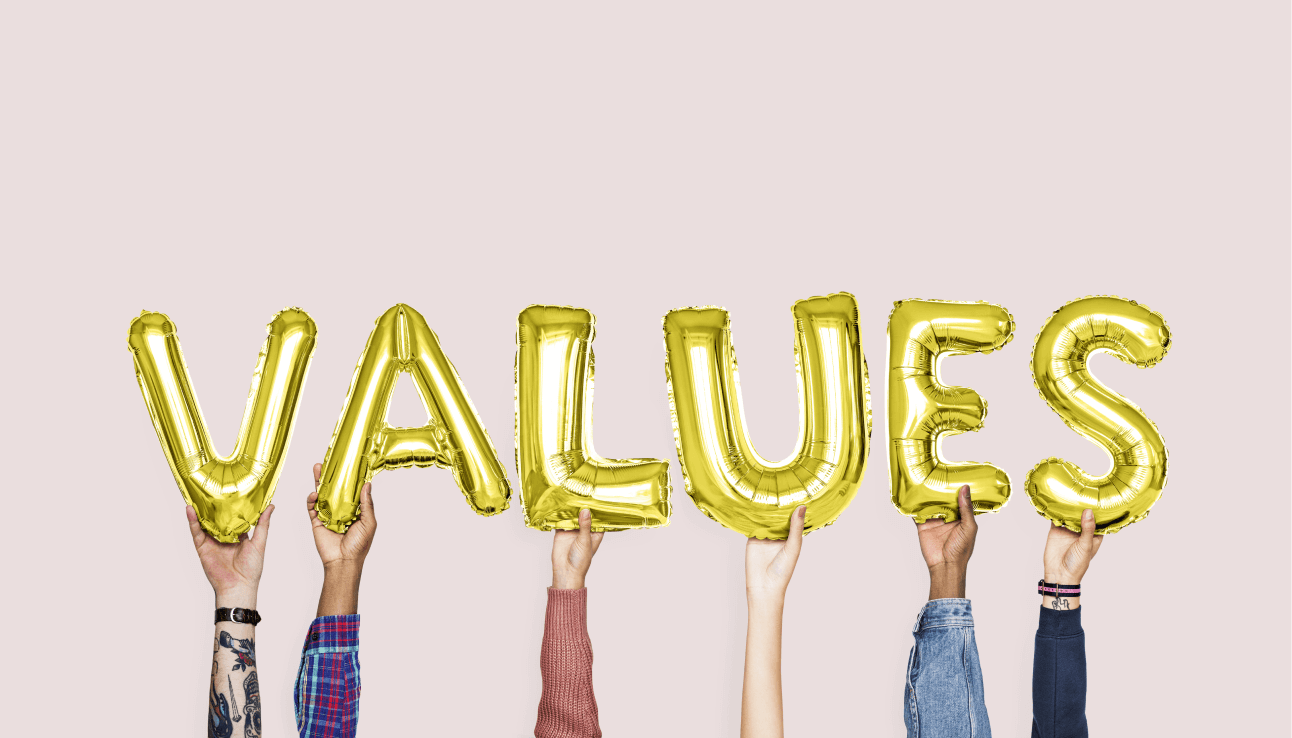 Company core values provide employees with a sense of belonging and clarity of what they are expected to do. They are linked to engagement & reduced turnover. 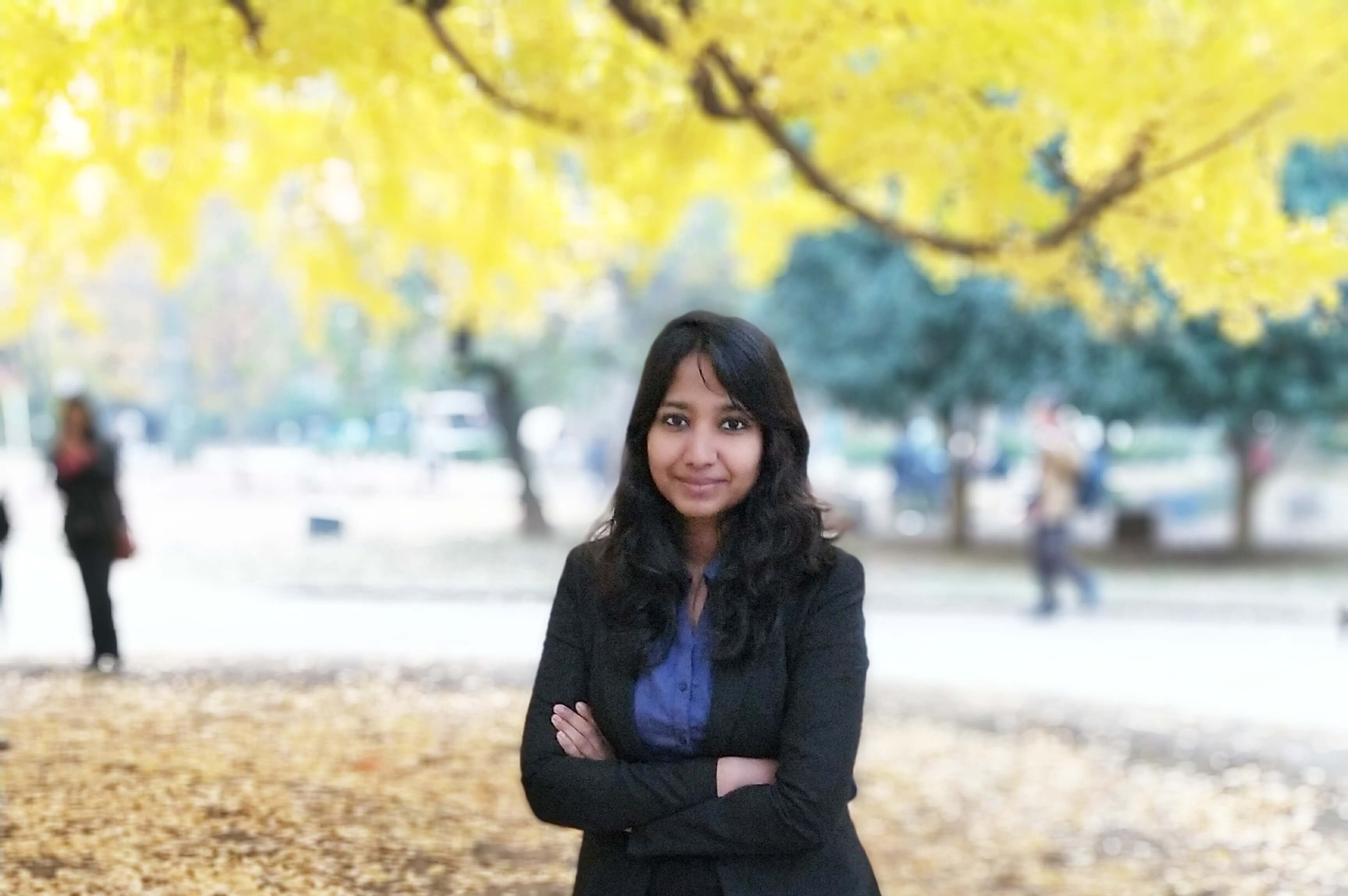 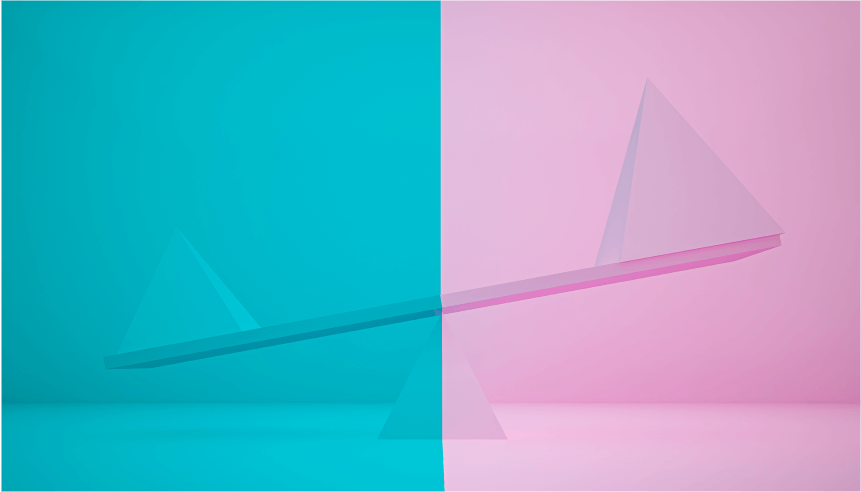 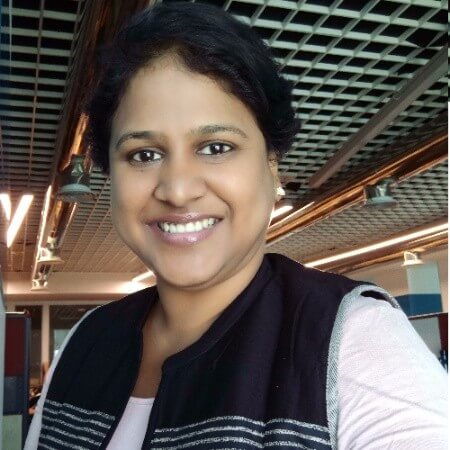 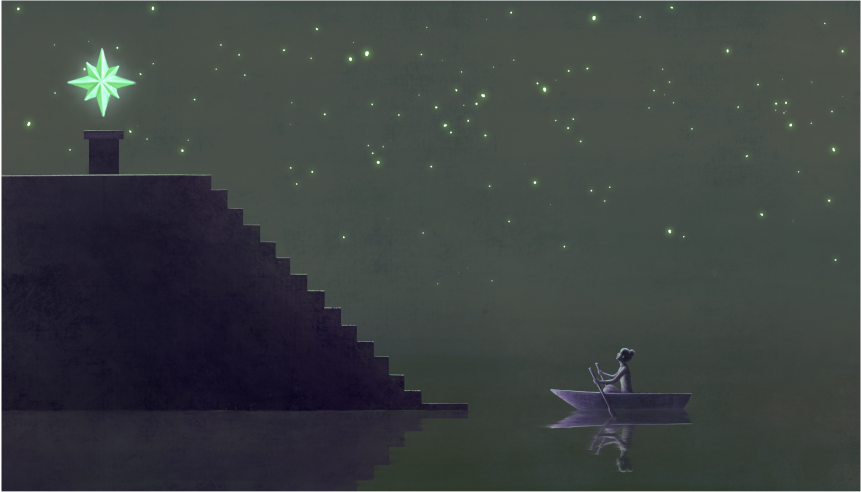