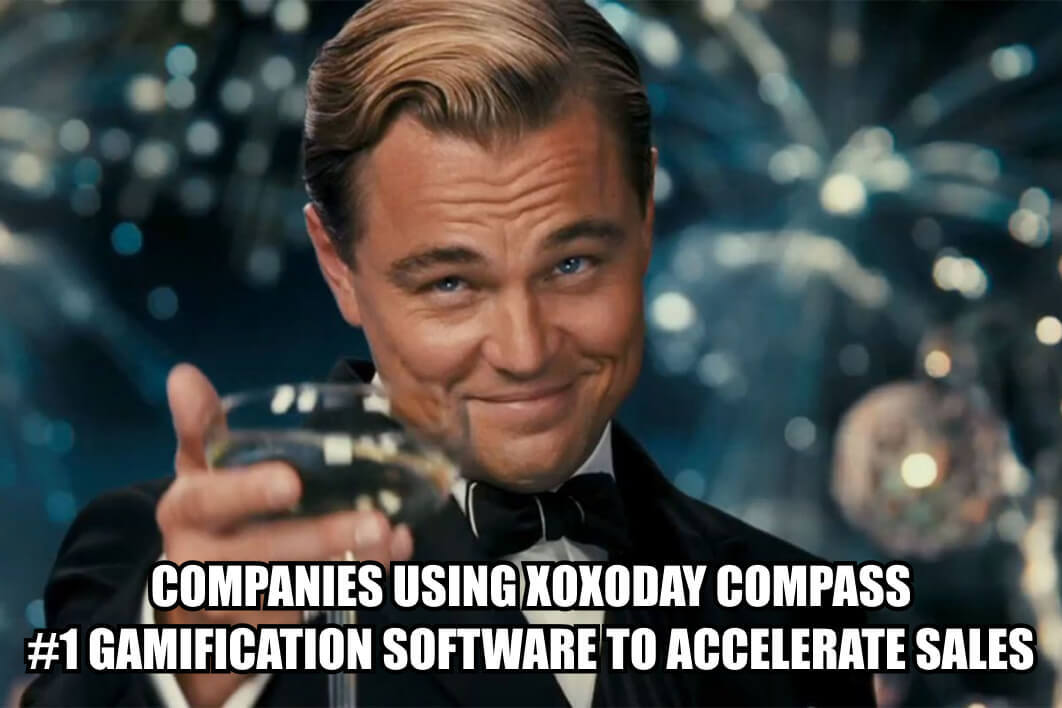 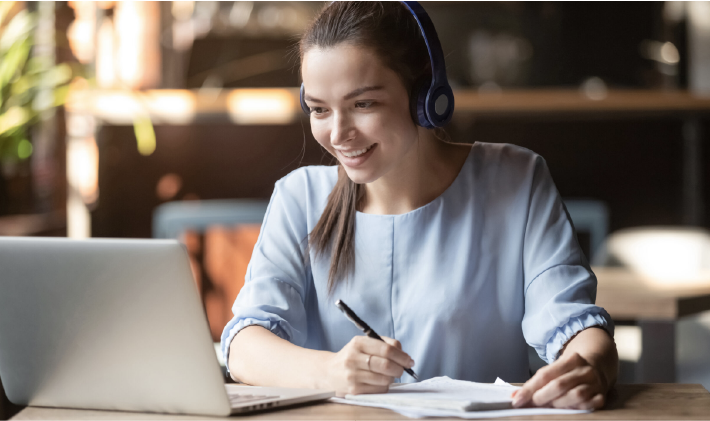 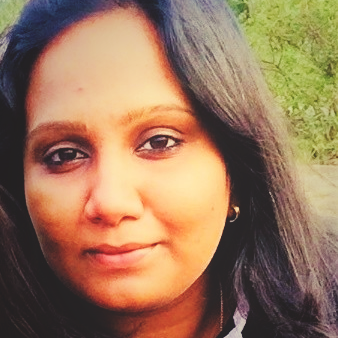 Sales negotiation strategies have changed with the new decade, and this kit would get you all up to speed.

As a sales professional, you probably have enough on your plate. But without proper deal-closing sales negotiation techniques, you might lose a prospect who was on the verge of saying yes. We present to you some expert techniques that you can use to seal the deal and how to handle negotiations like a pro.

A mere 30% of sales qualified leads are closed by the top businesses while other businesses hover around the 20% range. 80% of prospects say they refused a deal four times before finally saying ‘yes’ while 92% of sales professionals give up after hearing ‘no’ four times.

How to negotiate a sale? Closing a deal is no walk in the park, and it requires patience and advance sales negotiation skills. You might be convinced that the prospect isn’t interested, but there is a chance you can close the deal. You have worked day and night to get to this point of closing the deal. So you should not give up now.

Even the most experienced salespeople quiver with fear when the deal-closing time comes because it can be a truly daunting experience. But this pressure can be taken off if you have some techniques up your sleeve like the ones below.

Also Read: How Can Your Sales Training Program Stack Up to Your Peers

The modern sales landscape calls for new sales closing techniques. And here, we bring you exactly this. With the rise of inbound sales and the shedding of techniques that are commonly seen as too “salesy,” these new-age techniques that take into account the modern customer will come to your aid at every point in the sales cycle and not just the moment of the final purchase.

Through the sales engagement course, it is imperative that you - the salesperson - keep track of the discovered needs of the potential customer and speak to those needs in subsequent interactions. Ensuring that you record these needs will also serve to close deals faster and better. Megan Dunn, Lever’s Megan Dunn, says personalization is key.

This deal-closing technique takes advantage of positive thinking, which helps you channel your inner confidence into every interaction you enter with your prospect. It emphasizes your belief in the idea that the current prospect will, in fact, close the deal with you from the very first outreach that you make to them. This can have an astounding effect on the quality of your interactions with the prospect, rending it more confident, authoritative, and well-directed from the get-go!

The question close is an effective strategy to instill confidence in your prospect while probing further if the prospect isn’t convinced yet. You can find out any objections by asking if they are satisfied with your solution. If they say yes, then you know you have nailed it. But if their response is a no, then throw another question to further investigate, such as ‘May I know why we cannot proceed on this path?’. This shows you care, and you are still interested in providing a solution. It gives you the time to address their objections. Brian Tracy, author and CEO of Brian Tracy International says simply asking ‘why won’t you give the product/service a try’ is an effective closing technique.

Simply asking if selling aligns with their business’s vision can help you learn more about your prospect. If you want to keep the conversation light yet know more about their needs, you can ask them whether the solution gels well with their current business goals. Julianne Gsell, the enterprise sales director of Box.com, can help you build a relationship with them while not throwing anything unexpected their way. You can certainly outline the benefits of what you are selling, but as you aren’t asking them to commit, they are more likely to show interest.

The Take Away Close

This closing technique is based on negotiation. Let us say your prospect is asking for a discount. Rather than saying yes, you can offer to remove certain (unneeded) parts of the solution. This technique is a psychological one because they might not need that part of the solution anyway, so they think they struck gold. It is likely they will take up the offer, especially if they objected due to the price. This technique works wonders when you have a multi-tiered platform, and it is possible to remove certain parts and features.

While modern sales negotiation strategies might be the rage now, some traditional techniques are still being used by sales leaders worldwide. They worked then, and they work now, provided you know the right situation to use them in.

The Now Or Never Close

Your prospect will be interested in what you have to say if you convince them of instant reward if they sign on the dotted line immediately. An example of a now or never close would be ‘If you purchase the solution today, you instantly become eligible for a flat 10% discount’. You want to make your prospect unable to resist your offer. The sense of urgency can convince even the most difficult prospects because they need to decide now. Otherwise, the deal will slip away from their hands. This technique works best when you know the prospect is interested in buying but isn’t giving their final nod.

In this close technique, you want to make it clear why your solution is of value. Reiterating the product features is one thing but showing how the solution can provide high value is even more important. The summary close makes it clear in your prospect’s mind about what they are getting out of the deal. Jill Konrath, author, and the speaker, says it really works. You can run through the points you discussed earlier in your conversation with your prospect, and this sets them up as they visualize that solution in their life. This can help motivate them to close the deal. When they hear all the reasons why your solution is beneficial, they can get convinced faster. This can help nudge them to take the decision and say yes to your deal.

The sharp angle close can be a win-win situation if you have you play your cards right. But yes, it requires preparation from your end. Your prospects know they are powerful, and the ball is in their court because they need to sign. You can still outsmart them by attaching a condition while agreeing to their negotiation. For example, let us say your prospect is asking for an add-on. You can say yes and then present a new condition to signing the contract within a stipulated time. By catching them off-guard, you have a chance to make them happy while closing the deal on the same day.

Sales are tough, but if your prospect asks for negotiation, it can get more complicated unless you are armed with some tactics that sales leaders use. Here are some sales negotiation techniques that can help you negotiate without losing out.

1. Make Them Feel Heard By Paying Attention To What They Say

You have the ability to convince the prospect if you make them feel heard. If you cut them mid-sentence or start countering what they say before they complete what they need to say, the negotiation will be a disaster. Instead, show respect and let them completely say what they need to before starting your counter-argument. This gives you time to think of the negotiation afresh and gives you more perspective on how you want the negotiation to move along. Moreover, if you speak too early, you might give more than they were going to demand.

The two terms are different, but they can make a world of difference in negotiation.

A reaction won’t get you far because you will say whatever comes to mind in the spur of the moment. Expert negotiators don’t let their prospects slip away so easily. Instead, try and slow down the conversation by responding to what your prospect is saying. You want to take time before coming up with a response rather than blatantly refusing what they are saying. This gives you time to negotiate better, so both of you win instead of infusing your conversation with bitterness.

3. Lean Towards A Level Playing Field

The negotiation should be mutually beneficial.

You don’t want to make your prospect feel dejected at the end of the negotiation. You want them to feel like they got the best deal possible. But you don’t want to lose out either. If they demand something, put something on the table from your side, such as a request. When you show that you have heard them and are considering what they are proposing, you show them that you care about them benefitting too. You want it to make it seem like you are considering something because of what they have said.

4. Be Prepared Because Your Prospects Will Ask For Discounts

Your prospects know you are expecting them to ask for a discount. You don’t always need to give a discount when your prospect asks you to. But you can give them other benefits rather than decreasing the price of the solution you are selling. For instance, let us say they ask for a discount because they think your solution isn’t worth the full price. You can show your prospect how the item you are selling is of high value. Rather than transactional talk, you can steer it to value conversation, which can help you get a better deal while offering something in exchange, so your prospect doesn’t seem like they lost.

Negotiations don’t end in one go, so be prepared for the battle.

As a salesperson, you will find it ideal for negotiating the terms and calling it a day. It can take some time in real life, maybe even weeks, before both of you agree on the terms. Before that, don’t rush to change the contract. Not everything from the prospect will make sense, and some ideas can even seem preposterous. You want to verbally agree on mutual terms before it comes to revising the contract and making changes. The result should be mutually acceptable before closing the deal.

Not all deals close, and while that’s a dismal reality in sales, it doesn’t mean you shouldn’t try strategies to close the deal. Sometimes, it is best to walk away if you are running around in circles with negotiations. But at other times, it is best to give people time, according to Steli Efti, CEO of Close.io, because following up can show you care, and they might convert.

Turbo-charge your teams and channel partners. Compass by Xoxoday drives performance and revenue of sales, channel, delivery, and back-office by aligning behaviors with company goals. Want to know more? Book a demo now. 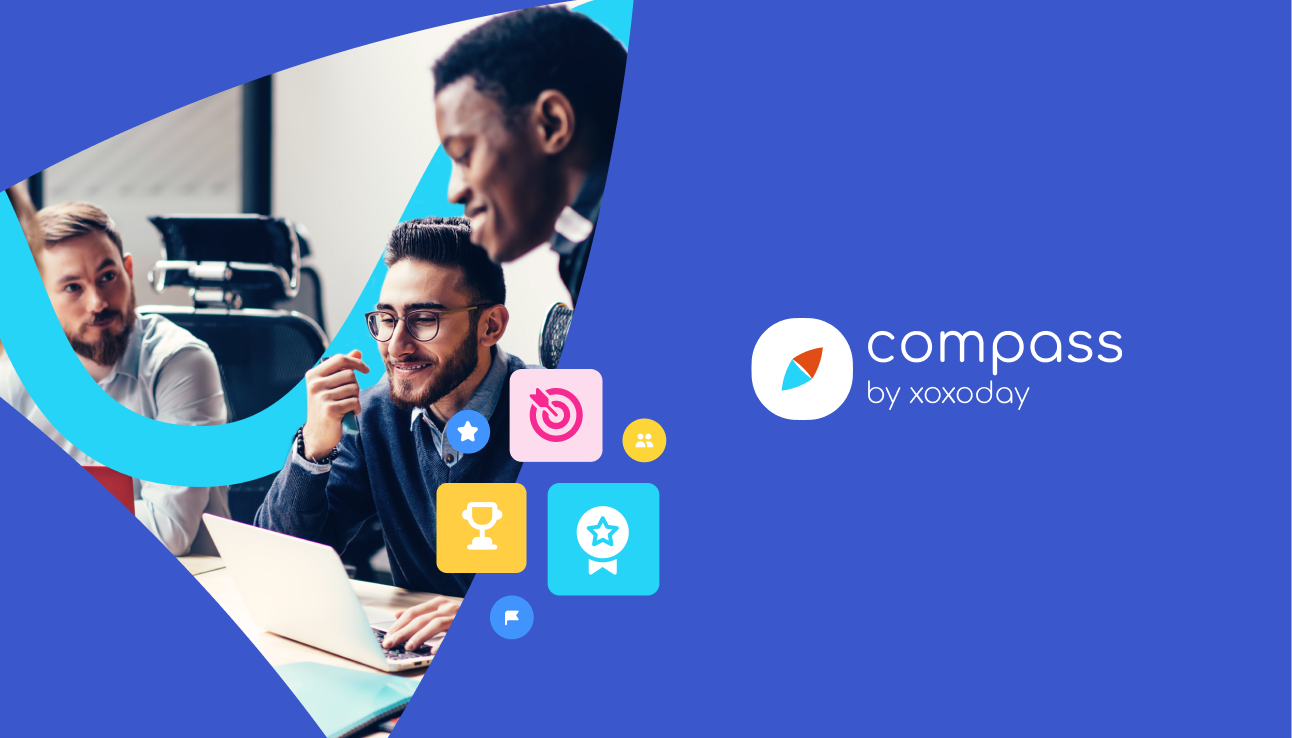 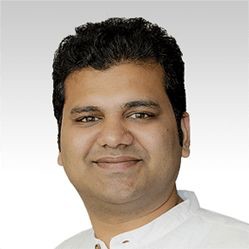 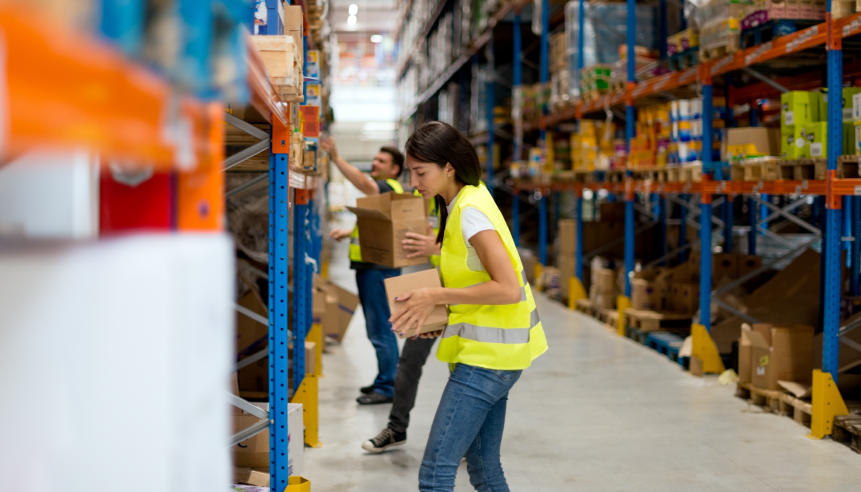 How To Engage Retail Employees And Reduce Turnover

Increase engagement with activities that boost motivation. How to engage retail employees? Use these methods to keep them motivated, happy and reduce turnover. 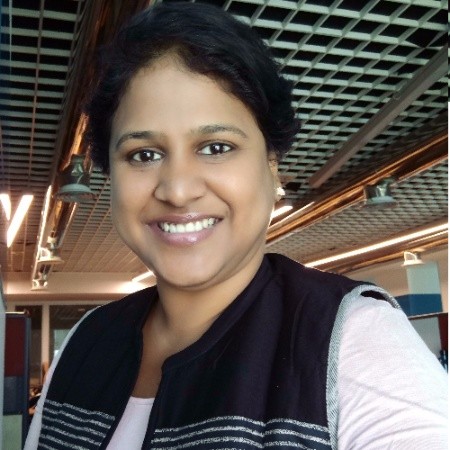 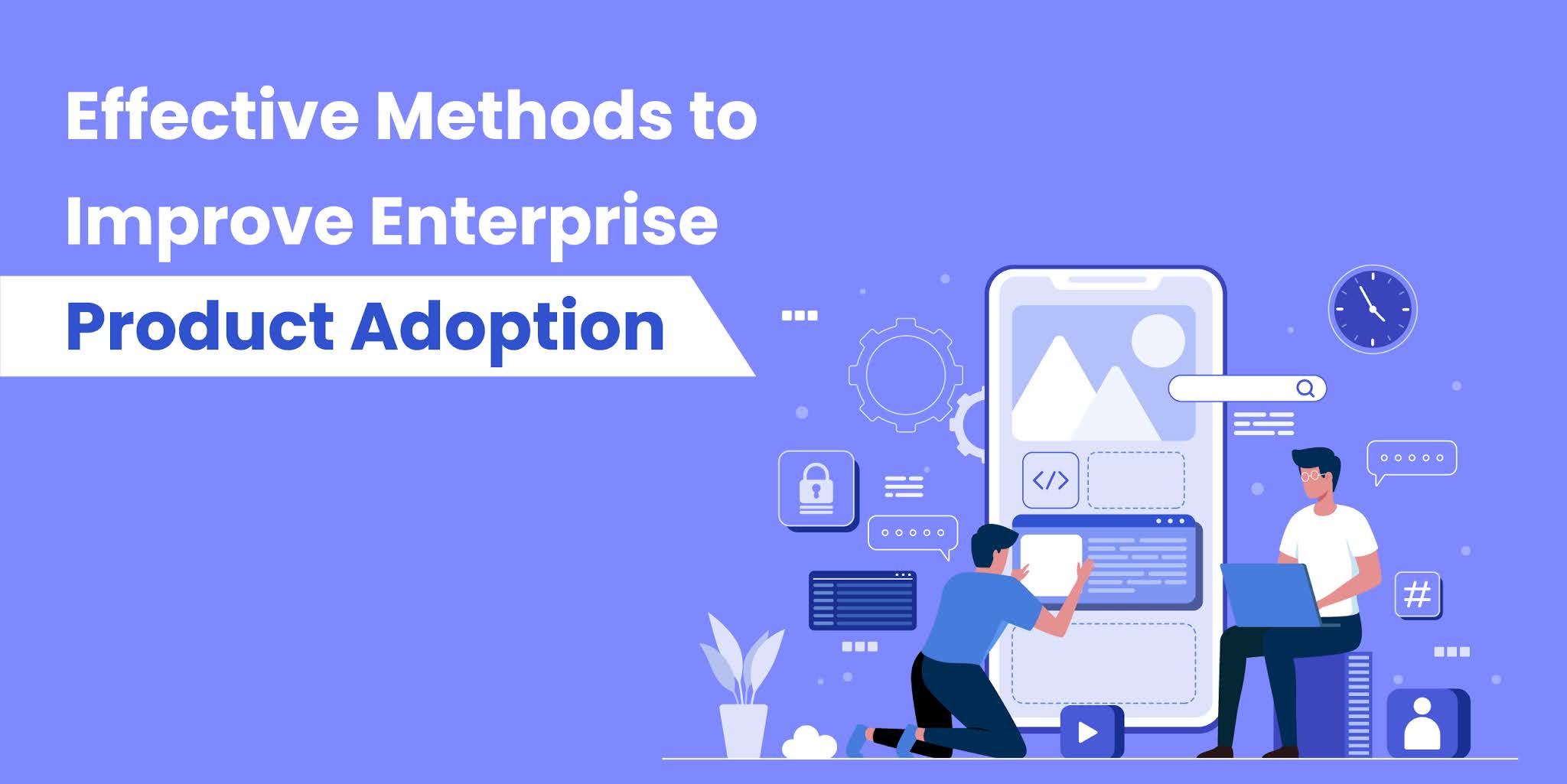