How does income tax work on incentive payouts in India? Here's a comprehensive guide that has everything you need to know.

The Indian tax laws are made for the upliftment of the economy and individuals alike. There are approximately 24 million salaried employees in India (The World Bank), many of whom have commissions, bonuses, and incentives as an added perk in their paychecks. These added numbers work as the perfect carrot to motivate an organization’s workforce so that it’s aligned to the organization’s objective. But the question which comes to our mind is whether there is a tax on incentives, bonuses, gifts and if there is a tax on rewards.

Managing incentives is a whole other ballgame as spreadsheet management is still used the most in their calculation. The funny thing is that users are least satisfied with spreadsheet management as a way to calculate incentives (IBM). This led to a transformation in the field, and various sales and channel incentive automation platforms have emerged since. Not only do they make the job easier and reduce errors, but bring in new dynamics with gamification and data analytics.

However, both the employer and the employees have a question mark in their minds when it comes to how much is incentive pay taxed, and how sales commission(s), bonuses, and incentives are treated under the Indian tax laws when transacted through automated incentive payout. Let’s look at a couple of cases that might bring clarity to it.

As the relationship between the sales team and the organization is that of an employee and employer, no Good and Service Tax (GST) is charged.

Motivating dealers, distributors, wholesalers, and agents to perform better requires practical incentivization. Their tax laws are a bit different, however, as these parties are externally related to the organization, and there isn’t an employer-employee relationship between them.

As dealers, distributors, wholesalers, and agents are helping the organization with their services as third parties, the GST of 18% would be applied to their incentives. Along with the GST, TDS of 5%** would still be applied under Section 194H of the Income Tax Act (1961-2019) only if the commission goes over Rs. 30,000 per financial year.

As for people working on ground zero, fleet-on-street also has to consider their tax deductions. According to the Income Tax authority, if blue-collar workers are officially the employees of the organization, then their income tax on incentive pay/gift would only be taxable if the amount goes over Rs. 5,000 P/A. As per Schedule III to the CGST Act, there won’t be any GST applicable as per their employer-employee relationship.

In case, however, they are commission agents and are attached to the organization as a third party, there won’t be a TDS compulsion of 5%** as per Section 194H of the Income Tax Act (1961-2019) as long as the commission amount is below Rs. 30,000 per financial year.

Here’s a six-step guide on how Xoxoday Compass—the gamification platform makes it easy for the organization to take care of its tax duties towards the stakeholders above.

With Xoxoday Compass, stakeholders will get a comfortable grip on their tax duties when it comes to incentives. At the same time, the organization can make the most of its incentive program with valuable insights.

Some things to keep in mind

Show your people that you care.

Leverage Xoxoday to unburden their problems by packaging the right employee perks & benefits. Spread positivity and happiness at the workplace. 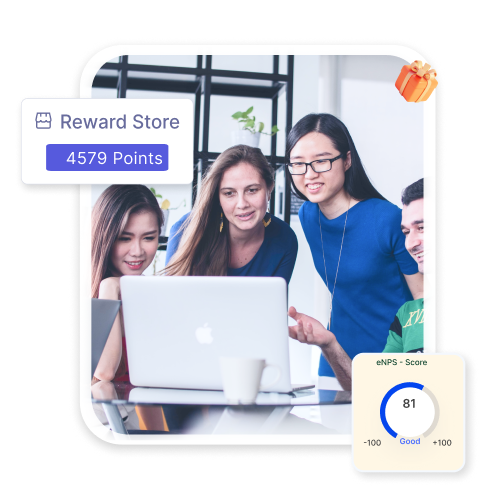 Maaz is a writer by heart and by deeds. Since he discovered the wrath of words on people's minds and hearts, he's made it his quest to match people's thoughts to intricate topics by demystifying them.