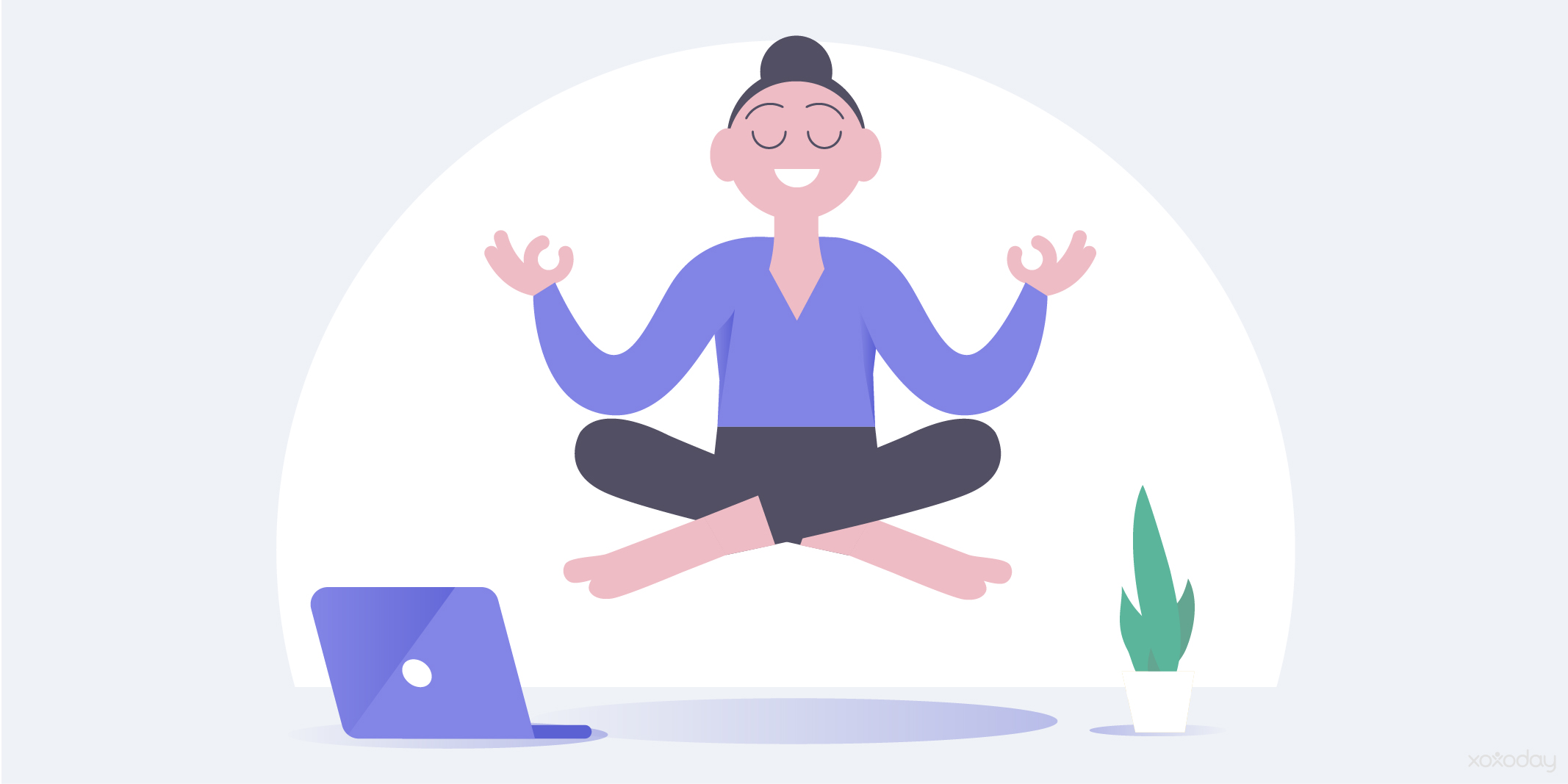 Here’s why, and how, you should turn your business to be psychologically comforting for workers.

It’s only when the candy bar in Percy Spencer’s pocket began to melt that he realized that something was amiss. This was 1945, the second World War had just ended, and industry was trying to rise again. Percy was busy experimenting with a new vacuum tube called magnetron for Raytheon Corporation when his candy died. Bright in the upper story, Percy instantly realized he could be onto something big.  He was. The microwave.

By the time Wilson Greatbatch realized that he had used a 1 mega-ohm resistor (instead of the 10,000-ohm variety that he was supposed to) for a heart-recording prototype, it was too late. The heartbroken Wilson thought his silly mistake had ruined an important project for the University of Buffalo. As it turned out, it led to the brainwave that a precise current, via a small circuit, had the power to override an imperfect heartbeat and regulate human pulse. The result? The birth of the modern heart pacemaker.

Spencer Silver was ready to throw it into the dustbin. It was 1968 and 3M Laboratories had appointed him to develop a ‘super glue’. What Spencer had come up with was sadly just the opposite: A mild adhesive that, while having the ability to latch on, could also be very easily lifted off. Luckily for the world, Spencer didn’t reach for the bin that day. A colleague named Art Fry, during one of Spencer’s seminars, found his Eureka Moment when he spotted the ‘invisible’ use-case for Spencer’s invention. And that is why today, we have the Post-It note.

It’s easy to see the common thread binding all three. Each is an ‘event’ we conventionally call a ‘mistake’. While they were certainly ‘errors’ when interpreted via the lens of the original goal, they all ended up magnifying that goal many times over. In their own way, Percy, Wilson and Spencer changed the world.

If the purpose of most purpose-driven individuals and businesses is something similar – that is, to change the course of human progress in a positive way (to ‘put a ding in the universe’, in the words of Steve Jobs) – then a simple sleigh of inductive logic says that we must all be open to making more  mistakes. The more the merrier, some might say.

It makes perfect sense, too. Advancement, by definition, is about doing something that has never been done before, which isn’t very different from backing a blind horse. You will fall seven times, but the eighth may make you immortal.

The powerful benefits of mistakes may be less apparent in ‘real-time’ (ie, as they happen), but are well documented through hindsight. Science agrees that taking a wrong turn, so to speak, instantly makes us more mindful and alert (not least because we have surprised our own sub-conscious sense of infallibility), which may cause a rush of creative juices to the brain as reinforcement, and increase the probability of a better result the next time round. Past experiences of errors also help us join the dots more wisely going forward, a cognitive behaviour referred to as ‘memory reconsolidation’ by neuroscientists. Finally, there is an officially recognized difference between Fixed-Mindset (one that tends to shun change) and Growth-Mindset (one that looks forward to a playful bout of ‘doing-failing-rebounding’ much the way we look forward to a game of bowling with buddies after work) - and that difference is the lack of fear or inhibition when it comes to experimentation and trying new things.

Think about it. If life came with a manual, we would all be equally successful in every way (and life would be infinitely more boring), right? That we are not (and that it isn’t) is both a hat-tip to the unpredictability of life (its real beauty) and its way of ensuring that the spoils of victory go only to the truly deserving. AKA, the soul who has been courageous enough to take a leap of faith in the dark, and step out boldly without a map. We are all familiar with the First Mover Advantage in business - it comes from a similar place of happy audacity.

History agrees. More meaningful progress can be attributed to serendipity and spontaneity than strategy and planning.

There is only one catch.

Society won’t let us commit those mistakes. Not if it could help it. More so, if they are done consciously, which makes the ‘offender’ a non-conformist or cocky upstart. Not fitting into neatly designated slots is a recipe for ‘madness’ which the carefully constructed ‘methods’ of modern society (thinks it) cannot afford. It will first lift its eyebrows gently, gradually intensify the frown, and finally move to savage troll mode – not stopping till the ‘slur’ has been avenged, and the perpetrator  put back in the box.

Who loses? Everyone. As they iron out what they perceive as anomalies, both society and businesses rob themselves of precious breakthroughs and profitable forward leaps, trading them for the convenient solace of little wins.

To strike gold, workplaces must therefore be prepared to step out of their comfort zone and commit those spectacular mistakes. Errors that will ‘correct their course’, if you will. And it is here that we run into our second catch. You see, as humans, we need the ‘back-up’ of a secondary (more fundamental) comfort zone, in order to step out of our primary comfort zone. That secondary zone - for want of a more accurate term – can be called Psychological Safety. And it begins with a shuffle in mindset, more than rules and policies.

Now is a good time to check out this video by Amy Edmondson, the Harvard Business School professor who coined the term Psychological safety.

The business case for psychological safety shot to fame, so to speak, during the course of Project Aristotle that was commissioned by Google. The People Analytics team discovered a clear connect between psychological safety and traits we commonly associate with high performing teams, such clarity of thought, discipline in focus and impact that is both consistent and on-point. Both object indicators like bottomline and profits and subjective ones like team morale and customer satisfaction were directly, and markedly, influenced.

WHAT ARE THE FEATURES OF A PSYCHOLOGICALLY SAFE WORKPLACE?

In the context of business, offices and HR, what exactly is a psychologically safe workplace? Well, at its most pared down avatar, it is one that simply lets everyone  BE.

A psychologically safe workplace creates a cocoon of confidence that is based on a common purpose, connected values and mutual solidarity - much like the good old family model. Peers are not perpetually on ‘attack mode’, and both individual opinion and action are delinked from rank, race and gender.

In a psychologically safe environment, it is perfectly OK to take risks, experiment and err. The psychologically safe office or workzone acknowledges the vital distinction between an error (or mistake, or mis-calculation) and a failure. The first is a necessary event whose full implications have not yet come to light. The latter is a judgement based on personal and social bias. By definition, only the first should qualify as ‘work’. In a psychologically safe workplace, it does.

In this kind of a set-up, folks get their voice back (and that can feel real good!) They feel valued enough to participate in activities and discussions, are encouraged to speak their mind without the fear of being snubbed, and engage in healthy feuds and disagreements which are accepted as an integral part of the journey process. To the uninitiated outsider, a psychologically safe office can, at times, appear noisy, unruly and disruptive. Ask an insider though, and you may get a blank stare. After all, to someone engaged in a moment where ‘anything is possible’, any other universe simply doesn’t exist. Yes, it can be that magical.

WHAT ARE THE BENEFITS OF A PSYCHOLOGICALLY SAFE WORKPLACE ?

The result is a tick on another Holy Grail box of business (the first one being  ‘common purpose’ - read about it here ) : A comfort zone that allows us to step out of our comfort zone. And make those glorious mistakes. And here’s the icing. A psychologically safe workplace will also have the honesty to record, refine and re-boot the mistakes as ‘Version 2’ activities that will now have a much better chance of success. Win-win.

There are other benefits of a psychologically snug workplace. For one, it is healthier -  a necessary antidote to the current version which is a leading source of lifestyle stress globally. A psychologically safe workplace also empowers participants with a sense of control and ownership over time and task, a confidence booster with proven impact on results. A place that is psychologically comforting will inspire and support new potential, ensure faster growth via organic feedback + spontaneous collaboration + shared learning, enable D&I (diversity and inclusion) and bring greater transparency into the system.

At its best, a psychologically secure workplace is a precursor to the ‘Future of Work’. One that is self-managed (with near-nil levels of command and control),  purpose-driven and lets employees, partners and associates bring their ‘whole self’ to work (because the systems involves and engages them whole-heartedly). People are happier, with more meaningful peer-relationships and measurably more productive.

The outcomes are plum enough to make both managers and C-Suite leaders smile: Greater agility to market flux, faster adoption of new technologies and practises, vastly more favourable conditions for innovation and an employer brand that spells ‘Awesome Place To Work’.

HOW CAN YOU BUILD PSYCHOLOGICAL SAFETY AT YOUR WORKPLACE?

Building a psychologically safe workplace isn’t difficult. Remember, the best ‘Human Systems’ are instinctive and ingrained – all we have to do is peel off the layers of conditioning we have allowed to set in over the years. Here are some steps to make a start, but remain open to ‘winging it’ based on your specific workplace structure and DNA:

by
Xoxoday Team
Stay updated with xoxoday by
signing up for our newsletter
Thank you! Your submission has been received!
Oops! Something went wrong while submitting the form.
OUR PRODUCTS
EmpulsCompassPlum
COMPANY
Our StoryLeadershipCareersCustomersPress
RESOURCES
Help CenterIntegrationsBlogWebinars
HELP & SUPPORT
Help CenterTerms of UsePrivacy PolicySecurity & Compliance
GET IN TOUCH
PartnersContact UsBecome a PartnerNewsletterBook a Demo
Copyright © 2019 Xoxoday
Terms of usePrivacy policyCookie policy