There's science behind naming a meeting room. Learn what's it about and get started with Conference room name ideas for your organization. 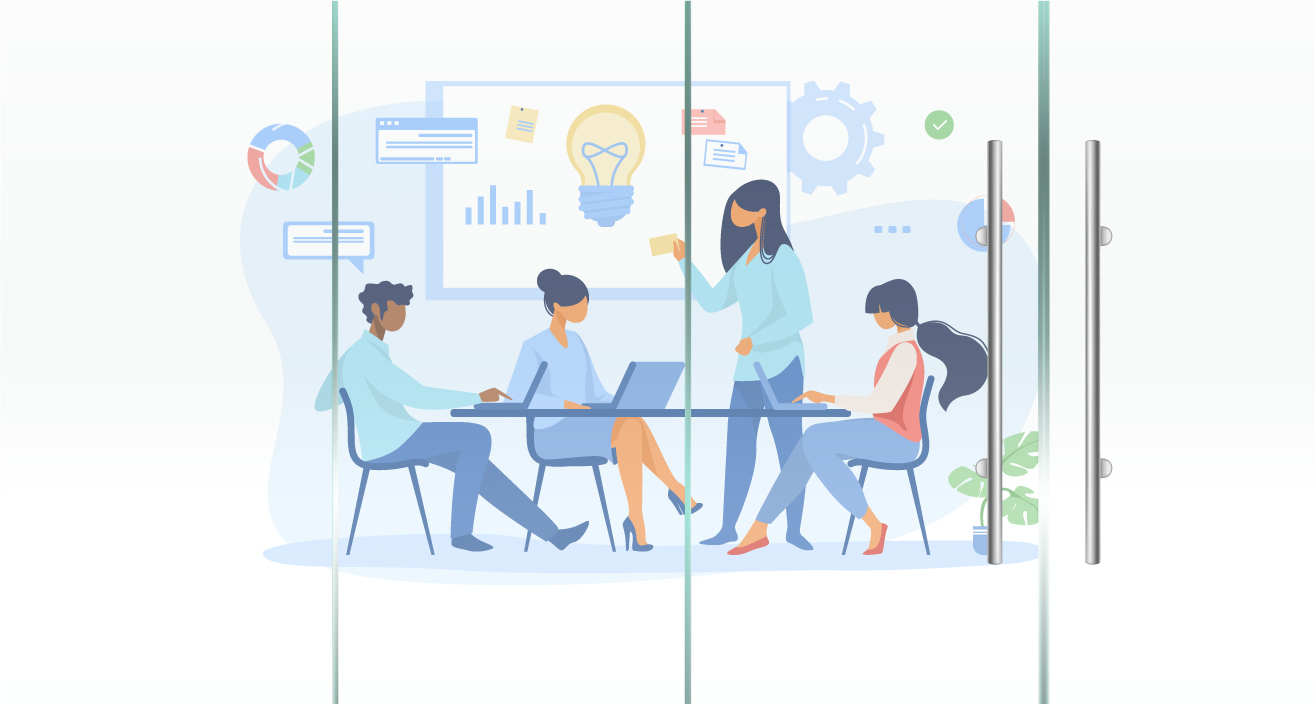 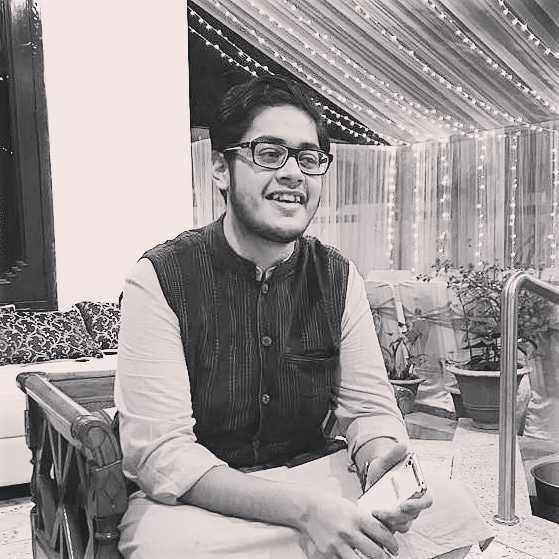 Conference rooms mean business. These chambers of secrets house the most serious of meetings to the most frolic of ice-breaking sessions and sometimes a lot of gossip. But when it comes to renaming conference rooms or coining the new sigil to be embossed on the doors, we fall short of acceptable conference room name ideas.

Are you ready to change the game and make your next meeting a little less boring? Let’s start with the ultimate guide to changing the name of your meeting and conference rooms.

Now’s the time to baptize your conference room and before naming it and here’s a six-step checklist to run through.

Not every organization is perfect for funny conference room name ideas. In fact, it’s the core values of an organization that drives its work culture, and what happens in those meeting rooms emanates the same vibe.  By mirroring your organization’s values and giving a creative conference room name, you imbibe them into your workforce without a shadow of a doubt—much like customs do in different aspects of a culture.

2. Communicate the Vision & Mission in Foresight

For instance, the “Fortune-50 lounge” isn’t just a conference room name but envisions your organization’s hunger to collaborate with the best companies on the Fortune-50 list and get their business. When the names are linked to vision and mission, they have better retention amongst old stakeholders and new ones.

3. Lay out some Ground Rules

Your conference room name ideas should symbolically sync with what matters the most and the best way to go about it is to set a tone. In the modern workspace, conference rooms are *informally* classified like:

You know you can picture the rooms in your organization while reading this and that’ll help in setting the tone for multiple conference rooms. The stimulus of creativity, inspiration, seriousness, frolic, and formality can be created by physically distributing the conference room furniture concerning the mood.

Once the desired tone is decided on, we move on to asking the inhabitants of the rooms of what they should be called.

4. Time for Stakeholders to Pitch in

What we got was not only a concoction of ideas but a differential outlook as to how people wanted to name their conference rooms. Starting from serious to funny conference room names list, there was a list of ideas you can never imagine. The marketing chaps were going all Wolf of the Wall Street while the coders had their nerdcore names. This brings us to our next item on the checklist:

5. Make it a Personal Affair

This puts the cool in conference rooms—personalize your meeting room names for people who use them. This gives a clear understanding of a conference room’s GPS and people can understand its location based on departments and vice versa. This would give the management a chance to delegate the task of naming the conference room to the concerned teams, which spices it up with their job descriptions, inside jokes, and what they do.

Every floor/building can have its theme to make it distinct so that walking into the Millennium Fall Conference Room is easily distinguished from having a meeting at Castle Black.

There might be a fine common space between cool and compliant, but before finalizing the ideas for conference room names, run it with a fine-toothed comb. For instance, naming conference rooms after thought leaders and change makers is a widespread phenomenon, but some facts about them bring out dissentious murmurs in the break room.

All in all, it’s about being politically correct and not about what’s on the conference room door, but what isn’t. Skip the faux pas and research every name you put on the door (and try not to engrave it in stone just in case a change is needed).

Now that we have a six-step checklist ready, let’s look at some of the best conference room name ideas that suit everyone at work.

Since it’s all about choosing themes, here are some of the best ideas for conference room names to match your workplace vibe.

If the most obvious part of every Friday at work is to chug a couple of drinks at a bar nearby, then cocktail-themed rooms would be the perfect theme. Don’t just stick to alcohol—move to mojitos, crushes, soft drinks, and cordial water.

Meeting room names that shoot for the stars

Astronomy is an enigma to every human being and who isn’t obsessed with looking for stars into the sky? Sending out an email that says, “Please gather at Betelgeuse in ten minutes” sounds better than “Let’s meet at the 1st Floor Conference Room beside the Coffee Machine”. Here’s a list of ten most famous stars for you to decide a creative conference room name.

Embrace the Force within with Sci-fi & Fantasy Movies

Cinema has changed the way we dress, our lifestyles, and even our work lives. Sci-fi movies and superhero universes heavily influence people and bring the fun element at work. Naming your meeting rooms as the aforementioned Millennium Falconference Room, Krypton HQ or Ruins of Valhalla would always make an interesting theme.

Be it the Marvel or DC Cinematic Universe, grounds of Harry Potter fanatics or Star Wars’ carriers of the Force, this won’t give your conference room the friendliest of vibes but would surely make it cool!

Go global (or local) with landmarks

Conference room names often set the ambiance of every room and just like Google prefers if every conference room has an alternate ‘vibe’ to it, going with Global landmarks makes it happen. From Chandni Chowk to Rohtang Pass, Buckingham Palace to Wembley Stadium, Christ the Redeemer, and the streets of Sao Paulo, going local or global with landmarks is a good idea to set the tone of a conference room from the inside.

Music is the ultimate common standpoint of a hobby that everyone proudly sports. With up and coming genres coalescing with classic music, ask your audience what’s their music taste and name the meeting rooms after the Sinatra’s, the Mercury’s, the Belieber’s and the EDM-heads of your office.

With the advent of digital business, almost every organization has spread its wings on a global scale. You see London, France, Bengaluru, Singapore, and above & beyond from your workplace thanks to Wikipedia’s Global Cities. Assign every conference room a city and the biggest one can be themed as the organization’s HQ.

There are enough bright minds on the planet to name every conference room on their achievements and laurels. One way to go about it would be to pick the exemplary from every field—be it science, philanthropy, business, and sport (we’d run the other way from political figures)—and name your conference rooms on them. There can never be enough “Buzz Aldrin” named-conference rooms in the world.

Get Punny with Names

Buzzfeed uses the simplest of slangs as their conference room name:

We’d just go ahead and give them the win because they are simply LIT!

Mark Zuckerberg’s tech empire literally goes beyond tangible walls, but Facebook’s conference room names are the funniest and have a different level of recall altogether.

For instance, a very famous conference room theme at the Social Network giant is all about horrible life ideas:

As if this wasn’t enough, the next theme is straight-up stomach-twirler. It’s a combination of music bands and acronyms, and it gets as hilarious as it sounds:

Etsy’s HQ is in Brooklyn, NY and their workforce mostly meets up virtually. The best of their conference room names is a treat for music lovers as they are all a mashup of anyone’s two favorite things—food and music.

So, there you have it—a complete toolkit to change your conference room names into something spectacular, amazing, creative, and what complies with your culture. Want to revolutionize your company culture? Give Xoxoday Empuls a try>>

There's science behind naming a meeting room. Learn what's it about and get started with Conference room name ideas for your organization.